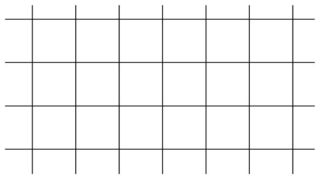 During my spiritual healing sessions I am shown a variety of unusual things that require clearing. In a recent session with a client, I was shown a dark grid and was guided to clear it of all it’s darkness; the thought forms and negativity attached to it. As I cleared it, it became lighter and lighter. Once I completed the clearing, I was able to infuse it with light to raise it’s vibration.

As sometimes happens during a clearing, I may see things I don’t fully understand.  At those times, I go back to Archangel Michael and ask him to elaborate on what I saw or experienced. As I am aware there are many grids, I didn’t know what grid this was considered. He explained to me it was the conscious grid.

This is Archangel Michael’s response:

We will be seeing the light of day shortly and in preparation for that we need clean up some of the old as well as prepare for the new.

The consciousness grid you cleansed represented the passage ways of information. It was so clogged that no one could get their new thoughts of light through as the old ones of darkness were so impacted. Judgment, greed, selfishness, fear, etc. were all collected on this grid mounted with heaviness weighing down this universe as a whole.

Although there will be a grid system with the new consciousness to overlay that which is there already, we couldn’t place a new one over something that was so extremely dirty. The old one could have disintegrated the new which is why the old grid had to be cleared first. Once we overlay the new one upon the old one, they won’t be opposing anyone.

They will not be attached in any way but their energies won’t be drastically conflicting which would have caused a disaster.

Once they are in alignment, although of different energies, there will be many shifts noticeable and some not so noticeable. We have come to understand that there will be a shift you will recognize with the naked eye and others with the mind’s eye. Those of you that are particularly aware, will notice the most. No one will go without noticing something. It will be impossible.

Those who are still wrapped up within themselves and their 3D thinking, will be oblivious to some of the things that are right there in front of them evidencing great change. Their myopic view of the world will limit their capacity to understand what is going on around them. They will miss the tell-tale signs of change because they have not changed. You can only see what you are within.

I regret there will not be more that can resonate at this level of change to experience the fullness of it, but that has been their relentless choice. There isn’t one soul on this planet who has not been given ample notice and awareness of that which is about to come. Remember on a soul level there is more going on than meets the eye. We have ways of reaching them on a soul level where one recognizes an obvious truth.

Once this shift occurs, there will gradual increase in light and change. The change will continue over time. It is not an overnight event and yet it is to some degree. The shift to greater light will begin the process of turning toward a new-world order. The old days are numbered – extremely numbered. Those that embrace this new world order will flourish sooner than later.

I applaud those who have taken it upon themselves to wake up from the stupor they have lived under and made the choice to move away and out from under it. That choice had to be made on a soul level before it would occur on the conscious level.