The Work of Joy Pedersen and Archangel Michael 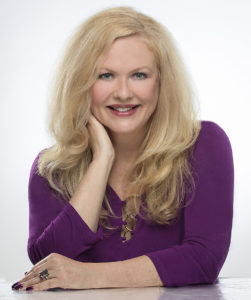 In 2004, Archangel Michael stood before Joy Pedersen stating she was him incarnated. He asked her to write his book which became “Wisdom of the Guardian: Treasures from

Archangel Michael to Change Your Life” and change her business to a healing practice working with him.

She founded Express Success in 1981 while working in television publicity at Paramount Pictures in Hollywood. She wanted to help people who were reaching out to her at that time to network their way into the studio. She noticed many people struggling and wanted to help them succeed more easily. She began teaching the Law of Attraction to the entertainment community.

She recognized at the time there were blocks and searched for a solution, learning a spiritual healing process, she began using that to remove blocks of both hers as well as some others. While working with Michael, she focused her practice primarily on this solution to clear the cause of blocks and problems. While working with Michael in this spiritual healing practice, she discovered she had the gifts of seeing back to the beginning of time and was able to clear cause and effect as well as karma. She also learned her purpose for being was to help clear the cause of karma of the fallen angels and evil.

Since that first day, she has succeeded at clearing the above causes as well as specifically addressing and clearing the cause of oppression, martyrdom, suffering and the serpent energies.

Her clearings have covered many of the significant stories in the Bible, as well as the origins of both the Jewish and Christian religions.

Her work has included the origins of problems starting in the heavens including the first thought Satan had when he felt offended by God; the war between the gods and goddesses as well as the creation of the Prince of Darkness.

She had the privilege of participating in the ceremony that brought in the first official day of heaven on earth and was given the new tree of life now aligned with the divine to access all there is.

She now moves into the second phase of her work educating people in clearing the cause of the problems negatively affecting humanity. She works through both private and group healing sessions to help clear the effects of that karma to eliminate their suffering, set humanity free from the shackles of their mind to help them ascend and experience heaven on earth for themselves.