Did You Know Jesus? 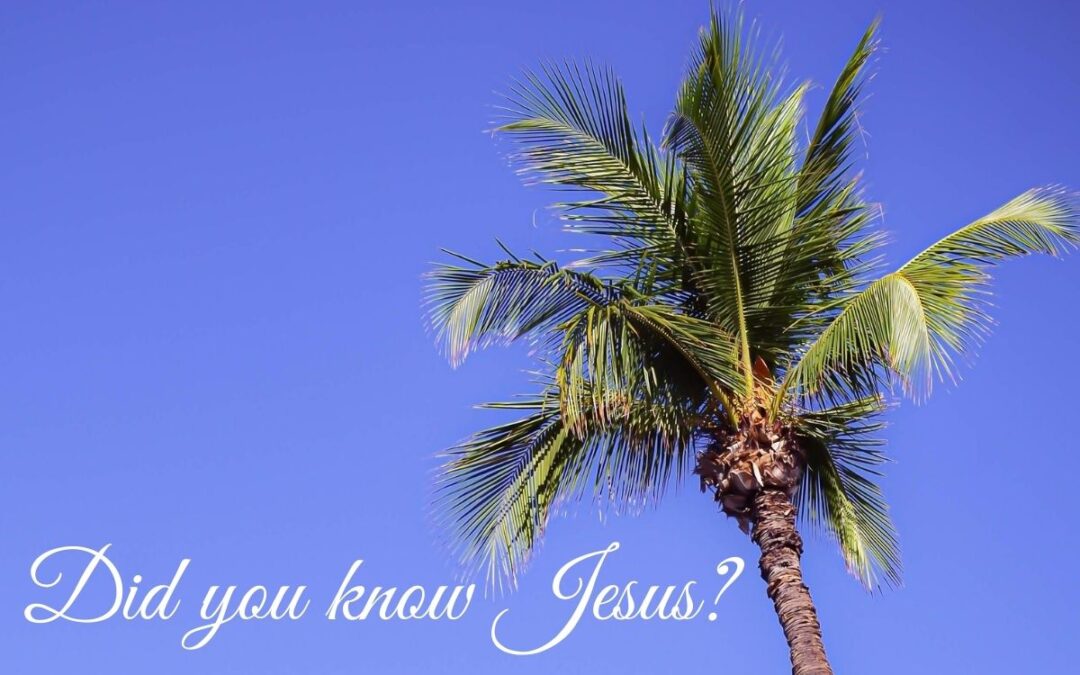 Today is Palm Sunday, and I remembered a conversation with a woman the other day who was told she lived during the time of Jesus. I wasn’t surprised as many of the people I know lived during that period. Many of us who lived then have chosen to come back to be here at this pivotal time. Not all of those people have a past-life recollection as I do. Sometimes those people know who they were, and sometimes I am told during a spiritual-healing session. have

Many have an issue believing in reincarnation. Jesus confirmed his belief in the subject when he mentioned to someone that John the Baptist was an incarnation of Elijah.

I don’t find reincarnation linear or as cut and dry as I once did. The human vehicle is often used by whatever being finds necessary to affect change in the physical here on Earth. That individual can use a vehicle for the entire life or a journey long enough to accomplish a specific goal.

Therefore, I believe that some people have a being as their superconscious or high self for life. At other times, they have provided the opportunity for someone to come through to clear karma through everyday life or through a spiritual healing session for me to clear it.

As a spiritual healer, I have found that I have spiritually healed many negative memories, emotions, and karma for those written about in the Bible. Many times those people have shared the lifetime of Jesus. I have often cleared the lifetime of Jesus but nothing as memorable as Holy Week 2013. Through a variety of client sessions that week, I cleared topics such as martyrdom (which focused on the story of Abraham and Isaac), oppression, Adam and Eve, the crucifixion of Jesus, and on Good Friday that year, the serpent energy. You can read more about that week here.

I have been clearing the history of humanity and the cause of their challenges for decades now. I am grateful we are finally at the end of times where a new beginning is now occurring. With the darkness operating behind the scenes primarily removed, we have a bright future ahead of us. Now is the time for the individual to release their negative memories and emotions to be set free to now soar with Source with greater ease.

It’s time to release all those negative memories and emotions to be free now. When lightworkers release those memories and their fears of persecution, they will also step more fully into their power. They will be more easily able to succeed at fulfilling their calling. The more lightworkers who follow their piece of the puzzle for coming here, the faster the world will heal and evolve into what is truly possible. I had to release at least eight lifetimes of persecution before coming out with Archangel Michael’s book, “Wisdom of the Guardian.” That made all the difference in the world in sharing my work.