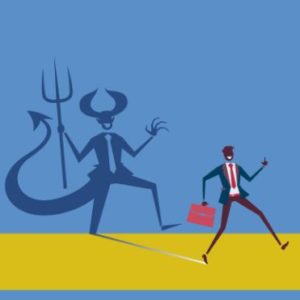 Dealing with darkness is a very specific challenge, gift and skillset. Dr. Joy Pedersen is one of only several individuals in the world that has the authority from the throne of God to cut contracts made with darkness, and, in particular, with Satan or Lucifer (they are two different angels).

The opportunity to cut those contracts came after the last battle with Satan took place in August of 2013. He was transmuted back to nothingness at that juncture. What remains is all he put in place prior to his demise. That includes programming, contracts, and some of the cause and effects of the deeds of darkness.

The effects, however, are still rampant as it is often easier to clear the cause than the effects, which are often more numerous and intertwined. It is now time, however, to clear those effects to set humanity free.

Many individuals, due to desperation, fear, or trickery, have been persuaded to align with darkness. At the time of succumbing to it, they may not even realized the depth of that error in thinking in that moment. Many of those individuals have since realized the error, the incident or the outcomes and regretted their past and situation but have not known how to sever those contracts, change their past decisions and those negative effects which they still now experience.

To give an example, consider someone who desires fame and fortune but who has struggled obtaining it. In their frustration, they may have consciously or subconsciously aligned with darkness, sold their soul, or done something that was asked of them that was not appropriate. They gave in even if knowing it was not right, just to have a means to an end. 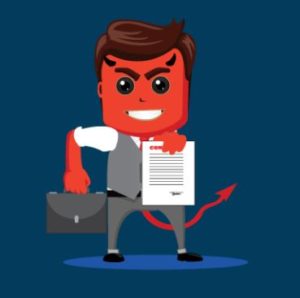 There are times of duress when people have succumbed to less than optimal choices that have become their undoing because of the karma created.

Dr. Pedersen can identify the contracts, clear with the terms and conditions, all involved and the cause and effect to set the individuals free from that karma.

Her expertise has included doing thousands of exorcisms, releasing the causal level of darkness, turning demons back to the light and helping to heal the rift between Archangel Michael and Lucifer so he has turned back to the light.

Regardless of those incidents, however, many of the negative effects remain wreaking havoc on humanity and on the souls of individuals who have been affected and specifically targeted by acts of the evil darkness.

One of the problems that occurs is many also have unreleased negative memories and emotions that can sometimes provide a gateway for darkness to access.

When emotions are buried from past traumas, holes are created in the personal energy fields that leave people susceptible to dark energy. You may not even be aware that you have a hole or that you’ve been exposed to dark energy.

It is easy to pick up attachments from others, which Dr. Pedersen clears for her regular clients, as part of their maintaining their optimal energy. However, those attachments can be anything from emotional attachments from others transmitting lower energies and/or depleting energy. There can be a range up and until including demonic attachments. Of course, there always remains the classic possessions, when an entity takes a larger hold of a person’s body.

However, the focus here is more on clearing the cause and effect of the darkness pertaining to these contracts and choices from the past to set the person free from these dynamics.

It has also been discovered that there are numerous contracts taken to undermine lightworkers and healers to prevent them from serving God or the light. By removing those contracts, the client is released from the sabotage that has caused them to not fulfill their destiny easily and effortlessly as well as to be paid accordingly. Upon releasing those contracts, the client usually experiences more freedom and an increase in flow, work and income.

They may still need to release other contributing limiting beliefs, issues of self-worth, memories of persecution, emotional baggage, ancestral programming, etc., because the focus of this work is still on the darkness and their influence. But, at least that portion of the sabotage is released.

There have been many challenges experienced to healers who have tried to undo curses and spells because of a variety of reasons. It isn’t something for the average healer to engage with as doing so can cause harm.

If you would like to discuss further, please complete the attached form to schedule time.