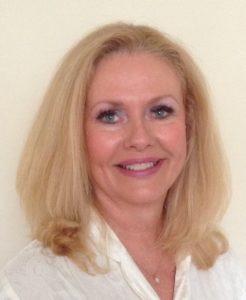 Please allow me to introduce you to Joy Pedersen – my other half. She is the feminine aspect of me. She carries within her my soul – our soul. She possesses within her all my powers and strengths. As our earthly version, she is not quite the full expression or power that we possess here in the dimension of Heaven. That being said, however, she is one of the most powerful people on the planet. She has done more for you and your planet than you will ever know.

It is through her, that we are able to operate and fight the evil that has plagued your planet far too long. It was her destiny for over a millennia to fulfill the role she now holds. She was destined to come here at this time to do the work she now does, did and will do.

As you know, the era of the fallen angels was the turning point for much unrest. It was due to that point in time that you continue to suffer to this day. The planet has been run by darkness since that point in time. It was Joy’s mission this lifetime to clear the karma of the fallen angels so we could bring in Heaven on Earth. She has accomplished that and more over these past few years. Much of her time has been spent in isolation doing our bidding in the timeframe required to bring upon resolution to the darkness that has wreaked havoc on humanity for what seems like an eternity. May she now rest in peace. For her life here upon this plane has been filled with much turmoil since her conception. Yes, conception. For even within the womb she has battled darkness who has wanted to capture her soul for an eternity.

This child laid in her crib with the deceptive smile of Lucifer leaning over her crib. It was then she saw her first battle this lifetime between Lucifer and me. Throughout her childhood, she often saw me in a combative role protecting her. Anytime she saw me she thought of trouble, so began blocking me out as she became fearful of not only the darkness but of me as well.

She will attest that even when young she knew she was here for the end of the world as we know it. She did not know what that meant until more recently when she took on the mantle of her role. She has trained for this role for lifetimes. She learned how to penetrate darkness so she could understand, navigate and overcome their ways. She succeeded in delving into darkness this lifetime using what she had learned over the course of many.

When I first appeared to her in 2004 telling her who I was and that she was me incarnate, her first question was why she was born a woman. I told her it was purposeful and that began her frustration trying to figure out this news and what it meant. Over time, she has had to grow into this role. As she frequently has shared, “being gifted doesn’t come with a manual”. That is an understatement in many ways.

There was much I could not tell her as it would interfere with the mission as well as compromise her safety.

She now sits before you having succeeded at clearing the karma negatively affecting humanity, which is healing the fallen angels and other contributing factors to the challenges facing you. Your world is a much brighter place because of her bright light and dedication. She has worked tirelessly on the causal level for years on matters that face you daily.

She has been sabotaged and survived many accounts with darkness that could have been her undoing. I am proud of her. On this account, I can proudly call her my better half. I named her the Angel of Mercy over a year ago and told her then that it was a title she earned for herself. I fought beside her, as did the Army of God on many occasion, but if it were not for her to embody my soul in the physical, we could not heal what was on the physical.