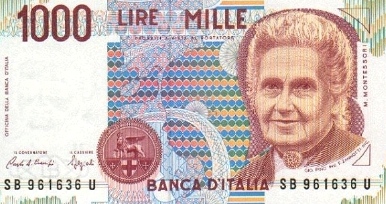 A client session discussing money issues was guided to address this client’s family history in banking. I was first shown a vault and saw one vault was for the bank and four men had access. One was her ancestor and the other three shareholders. I was told there was deception involved but it took awhile to unravel the whole story and what the cause and effect was regarding the situation affecting money.

Her male ancestor received the seed money to open the bank from an inheritance from his father. That money was won through gambling. The man who he won the money from was in debt. The funding for the gambling came from charitable donations. A collection had been taken from a local church in Italy that would fund the impoverished. Many were refugees from war.

Due to his debt, the man who was in charge of taking the funds raised to contribute to this charitable cause, thought he could use the funds and make some additional money to pay his debts and then take the initial donation and deliver it as intended to the poor.

Ultimately he lost the money when caught up in the gambling game. I didn’t look into what happened to him next as it was my goal to follow the money itself as it had the karma connected to it. The proper use of that money was thwarted. It now had the energy of deception attached to it. The intention to help the poor was unsuccessful. Therefore, the money itself had the thoughts of failure to help, failure to reach the intended outcome, as well as fear, debt, manipulation, deception, gambling and misuse were now thoughts and energies attached to that money.

That money became part of the inheritance the son of the winner received. He used that money to seed the creation of a bank. So the initial funds of the bank were monies with the energy on it of fear, manipulation, deception, gambling, misuse and the intent to feed the needy which was unsuccessful.

All thoughts and actions are energy. All energy attached to anything remains until cleansed off a person, place or thing. Those monies then became part of the ancestors and the other shareholders as well as their families. Then the bank and it’s employees who handled the monies and then the customers of the bank and their families were exposed and absorbed those thoughts and energies.

The monies then go into circulation and all who touch that money and everything that money touches, including money with different origins, then becomes contaminated with those original thoughts, feelings and actions. As those monies continue to circulate throughout society, those thoughts, feelings, actions and energies reach more and more people as it spreads to everything and everyone it touches.

And, as everything is passed down to descendants, my client, her children and her finances were ultimately negatively affected by those initial thoughts and actions.

When I tuned in and asked about the reach of the situation, the response was “it is unlikely there is anyone that wasn’t affected by that situation in some degree as those energies spread worldwide“. The karma of the misuse of those monies was also attached to the monies all have handled.

To further elaborate on the effect of these energies on a person, it is important to keep in mind the state of each individual. If you are someone whose vibration has raised sufficiently higher than the vibrations contained in the scenario, you may not be greatly affected. For someone who has other supportive memories, past, karma, ancestral programming that compliments the lower energies of the monies passed with these vibrations attached, they may take on those energies to a greater degree.

We pick up energies of others all day long. The types of energies we surround ourselves with or are exposed to, will dictate what influences us. Those who are aware of energy and take measure to clear those negative influences will also do better than those who do not take steps to clear the energetic effects of outside influences.

If the energies and thoughts picked up from others or objects is similar to your thought pattern already, you may not notice a difference. But if you are someone who does not share those beliefs and then experience that energy, you may recognize it as something other than your own and more easily release it.

The more attuned you become to the energies and influences around you, the more discerning you can become.

The more you clear connections to the past, the less likely you will pick up these energies and absorb them as your own.

The more you let go of your own karma, the past, limited beliefs, and fear, the more you and all connected to your history are positively impacted.

Upon identifying the situation hidden behind my client’s financial issues, we were able to clear the cause as well as the effect of her ancestral connection to this story. I also included all monies and those that came in connect with those monies. My thoroughness, of course, was to my client. It would also be useful to do more clearing on the monies itself and the individual effects of those the money connected with on some level as they still may carry that energy within them as well as memories that are congruent to those energies they already have within.