Have You Been Triggered? 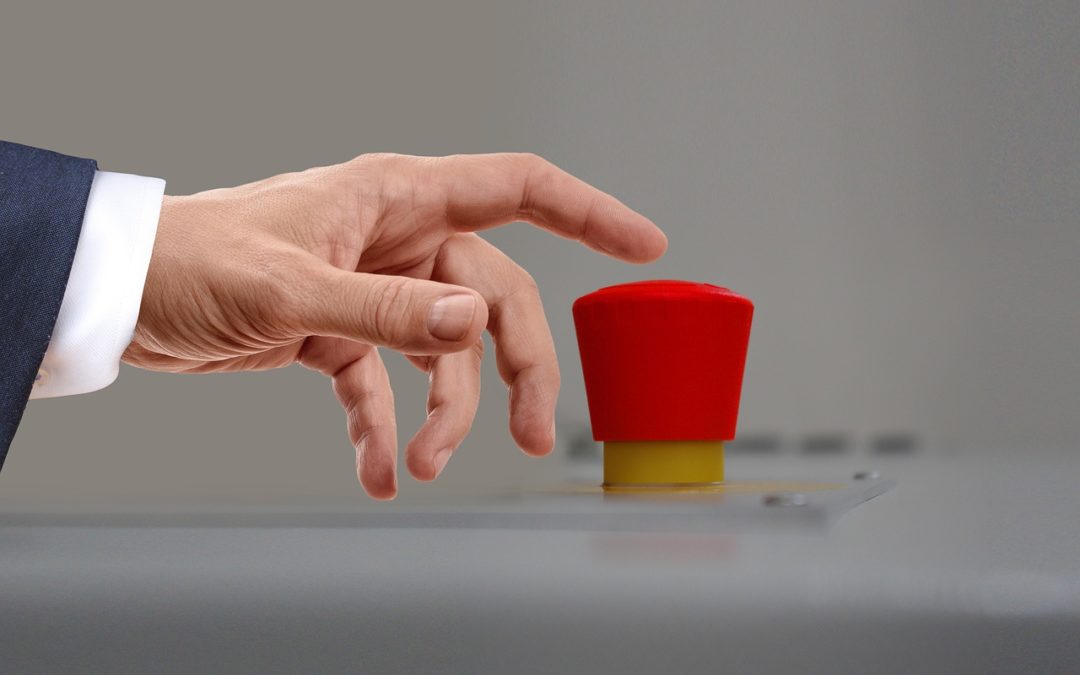 Have you found your buttons pushed? Have you been triggered by a situation, person or the news?

If you have been, you are immediately put on notice that there is something unhealed within you. And, you need let that go to be set free from being triggered at all.

Empaths often pick up and reflect the energies of others, but often it is their own unhealed memories that have become aligned with the energies others are emanating.

The common reaction is to think the person saying or doing something or the situation happening is causing the problem. What is more accurate is there is something within that needs to be released or you wouldn’t have the reaction or attracted the situation. The situation or person is often reflecting an unhealed memory from your childhood or past life. The memory could be with them specifically or something similar that remains unhealed within the subconscious.

Unless you are clear within, you can become triggered.

When we clear for the future, we are releasing past connections between people. This helps people to be able to build rapport to move something to the next level. We clear before sales calls, before meetings, interviews, etc. because your unrealized past with these people can influence the current outcome. It is useful to clear between any new encounter or relationship.

For example, if you were in the military in a past life and killed the enemy during that time and the person hiring is the one you killed, you would have difficulty being hired. That person’s subconscious would remember you even if you did not have conscious memory of the situation. By clearing past connections, you eliminate those negative memories and the person relates to you as you are currently. Wouldn’t you rather be viewed based on who you are today and what you offer now versus what occurred in another lifetime? That is why spiritual healing can be so useful. It releases the negative past from the situation and heals all involved in the original story so all see with fresh eyes.

In a personal relationship situation, I cleared a past life where the one party was always lost to them. It helped release any current fear that person would be lost to them again. By clearing those memories, they were seeing this as a new situation with new possibility rather than assume things would end in the same way as previously. That assumption and the fear it created could become a self-fulfilling prophecy had it still been operating in the background for them.

Has someone ever said something and you immediately go to a past memory of something similar? But, is that person the same, meaning the same or really doing the same? The memory was triggered and likely you react based on the memory versus being fully present in the moment hearing that person fully and observing what they do next?

There is an automatic response many have to situations based on their past rather than the present and what is so now.

Are You Operating Out of the Past?

If you are listening and reacting from the past, you are living out of the past giving further power to a past situation. The optimal reaction is to be fully present in the moment listening and seeing with fresh ears and eyes without judging from a place of past hurts and disappointments which is more usual than not.

Stop and remind your inner child or subconscious that a memory was triggered. Instruct your inner child to let it go. Return to a place of balance and centeredness to further listen or appropriately evaluate a situation. Evaluate out of what is current rather than from past circumstances and people that can now be very different than what you previously experienced. Then from a place of peace, choose an appropriate response or action.

When your patterns and programming are dictating your experiences, you are living out of the past. When you are free of the past, you experience life anew with new possibilities available to you.

Even if watching the news, keep in mind that if you are triggered there is an unhealed memory within. If you see starving children on a broadcast, you can have compassion. But, if you become emotional, you are put on notice that you have an unhealed memory that relates to that story. Clear the memory or memories until fully released and no more emotion. Compassion is always appropriate. When emotional, however, you need focus on your own healing of that negative memory.

When I go back into past lives of myself or clients, I can feel the emotions of many negative memories. Those emotions are operating in the background until fully released. Those negative memories and emotions make up your programming that attracts your results.

When I first learned of the Law of Attraction, the simple concept of like attracts like, I realized that we all had blocks in one area or another when wanting to manifest preferred outcomes. It caused me to look for a solution and discovered spiritual healing. It was the magic bullet to identifying and releasing the hidden causes of challenges within. By clearing the past, we could more easily change the future. I am grateful now to have been able to do help thousands release those negative stories and emotions to improve their outcomes.