The Rapture, Ascension, and Heaven on Earth 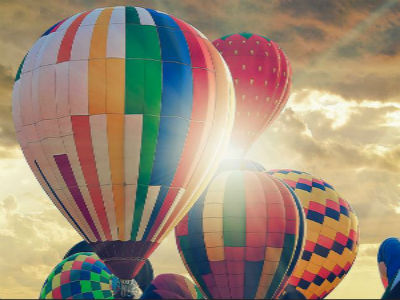 Understanding the Rapture and Heaven on Earth

We experienced one rapture [ascension] in September of 2015. I received this message from Archangel Faith on the upcoming rapture, as there will be more than one:

“There are many who are frightened by the upcoming rapture. Many are worried they will be left behind to suffer an eternity here in the darkness. That is nothing of the sort. What they don’t know is how the rapture will look and how they can make it through.

The rapture is an energetic shift to a new dimension of reality. Their place on earth will not shift. The shift of energies, however, will open up new possibilities for them here. They will not have to leave the planet to experience them; i.e. Heaven on Earth.

The light is what is further assisting people’s ability to ascend. The more work they do on themselves, the quicker they can ascend. In order for them to ascend, they need let go of their negative past memories, emotions and programming that is keeping them stuck. It is their past that is holding them back from ascending and keeping them experiencing a life free of struggle and limit. Once they let go of the past and their attachments to what they “think” they know, they will be able to realize the opportunities that exist for them now in this new dimension of reality.”

For further clarification on Heaven on Earth, we opened Heaven on Earth on March 30, 2013. Now, it is time to expand those energies for all to experience. It is much about perception and perspective. The more someone is open to new possibilities, embraces the light and is light hearted, the more easily they can ascend.

During the numerous occasions of large infusions of light, people often experience ascension symptoms. Some of those symptoms are due to the memories triggered to be released so they can ascend. The infusions of light will sometimes create tiredness, sleeplessness, headaches, body aches and pains, flu-like symptoms, irritability and sensitivities.

People are often reporting trips to the doctors, returning with no diagnosis.

When working with my regular clients, I tune in to determine if the symptoms are caused by ascension. By clearing with the cause of the symptoms, we can help them release sooner than later, often releasing pain while still on the phone during our session.

The faster someone commits to letting go of the past, fear and the causal levels of problems, the easier it is to ascend.

I have had the ability to move between dimensions for years. However, Archangel Michael began insisting that I move permanently into the 5th Dimension. I was resistant to letting go of the 3rd and 4th Dimensions because that is where I came to help release the cause of darkness and ultimately the cause of the problems negatively affecting humanity. I had the fear of not being able to continue to help people if I did. However, that is not the case. My work will continue to help people let go of the negative past and whatever issues may be holding them back.

When I was finally ready to let go of the lower dimensions permanently, Archangel Michael escorted me through the entry way and life has been much more effortless since.