The Fifth Dimension is Here 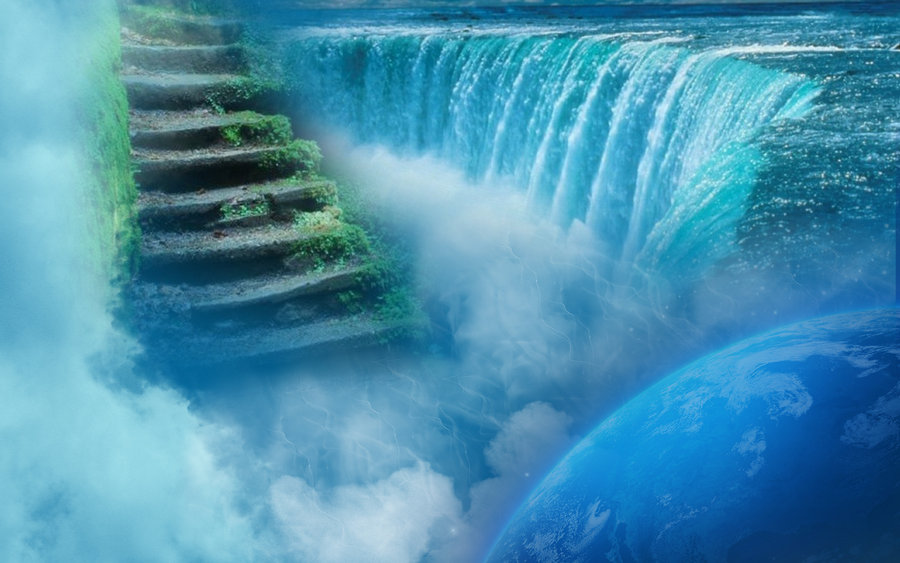 The following is a channel message from Archangel Michael explaining his announcement that the Fifth Dimension is here:

What does the Fifth Dimension mean and that it is here? What I want to explain to you is what just happened Sunday, August 4, 2013, noon EST.

What does this mean exactly? Thousands of lifetimes and years ago, more than you can imagine, it was determined that at some point we would need to bring you back into the fifth dimension where many other planets already reside. It is your planet, in particular, that has been left in the dark so to speak for quite a long time due to a number of circumstances specific to your planet.

I am not going to discuss those circumstances. I am here to discuss these. These are what will make the difference to you and your existance here on the planet earth. It is to you whom I am speaking.

All those here at this time have chosen to be here. You have chosen, even if not consciously, the light path or the higher road of the options provided all at this time.

There have been two basic camps for a long time now, light and dark. Two sides of the same coin with God in the middle of them both. God, you see, is at essence of all. Therefore, God is within all, both light and dark. The dark side of God, so to speak, turned away from that essence and went off on it’s own to discover it’s own uniqueness and power. During that process, it became full of itself and decided to take control over all others to make itself even more powerful. It stretched its wings and overtook others in a way that served only the self, the darkside of self.

That self grew ever more powerful influencing others to their ways further separating from the truth of the Godself within.

At this juncture, humanity is being brought back into balance so it no longer has to know the darkside of creation. By bringing you back into the light, you could once again know your Godself. It is that juncture now that we speak.

We have been leading up to this time and place for a long time. We have reached out to all those left in the dark inviting them to join the light giving them the choice that free will has always provided that God gave so long ago to all. That free will choice provided the options to choose which side of the camp and which world to commit to going forward. That option had run out as of yesterday.

Yesterday at noon, all those who chose the light were able to remain on the planet and move forward in the light. A split occurred – a shift – between dimensions allowing those that were ready to fully embrace the light to move forward at light speed to a new easier dimension of existence. Those that embraced the light and chose the light from within their own hearts merged into that light becoming one again with their divine source.

Those that chose the light path but aren’t fully committed and connected to source yet have remained here to work toward that goal of merging with divine source.

The problem lies in that not everyone has been properly taught on where to find God, who and what God is, and the benefits of what that offers you. Over time, the darkness has maligned God and made him pay the price for the misfortunes brought upon you all these aeons of time.

Often God has answered your prayers and either you could not accept what he provided you or you had interference from outside of you that inhibited receipt of that which you asked. In either case, you lost out on what you desired for yourself.

We cannot help you when you block our efforts to provide for you but we can assist you when you are being sabotaged by dark forces. And, believe me, you have been sabotaged plenty by them for eons of time.

That, as of yesterday has been seized as the dark forces that have been manipulating humanity has been eliminated as an influence.

They have either, of their own free will, chosen to join the light or leave the planet. They made that choice from within their own being. It was not forced upon them. They, however, would not be allowed to bring harm to you any further.

Today, August 5, 2013, marks the first day, that the darkness, that has manipulated you, has been gone from power and possibility of manipulating you any further.

That brings us here for a day of celebration. This means for all a new day has dawned and a beginning for all those in these lands across these lands called earth.

I realize there needs to be further explanation as to all this and what that means for all going forward but that is for another day. Today I wish to leave you in peace, knowing that peace will one day prevail in these lands.

What that actually means for each of you will be addressed at another juncture. Today, however, is for celebration. Celebrate this hard-won fight. Celebrate your success! Celebrate new beginnings!

I love you all.

Now it is time to love yourselves.

Please note that once the decision was made on whom would be staying in 3D versus whom would ascend to 5D, the darkness remained in 3D. It had the capacity to reach momentarily into 5D but could not remain long. Because the split that was created occurred as only the beginning of the separation between 3D and 5D, everyone who made it to 5D could still interact with those in 3D and experience the darkness 3D still maintained.