Commander and Chief of Darkness Returns to the Light 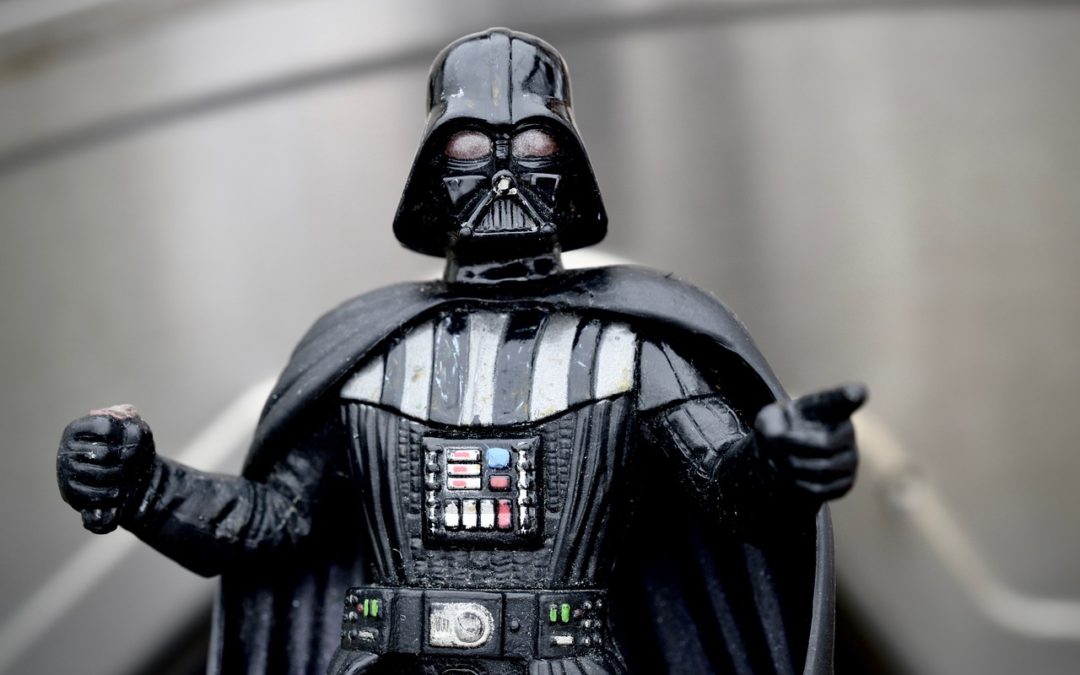 Today, Monday, January 22, 2018 at around 4:00 PM MST, turned out to be a red-letter day when the Commander and Chief of Darkness made an entrance following a clearing on darkness. When he first appeared, I wasn’t sure who he was other than a major leader of darkness. If you want to equate to something you could relate to, picture Darth Vader of “Star Wars” but three times his size. He stood for awhile in front of me while I tried to determine what was going on. For whatever reason, I didn’t feel threatened. After ascertaining who he was, he kneeled and bowed putting his sword down asking for forgiveness and to be returned to the light. He was letting go of the reins and stepping down returning all back over to God.

The War is Over

He said, “The war is over. I surrender. It is time for a new era and for peace to begin. It has been a long day in coming and I bow to you this day in honor of your service to God and in your clearing today. From this day forward, I relinquish control. I give the reins back to God. And, I leave you in peace. Peace, Peace, Peace”

He said it was time to open the new golden age and bring forth peace. He resigned his position and was followed by the Army of Darkness. They all marched aligned toward the light. Some nodded in reverence as they passed. While clearing with the Army of Darkness, we addressed issues of oppression, anxiety, fear, blocks to letting go, etc. setting all free.

A major portal of light appeared to my left as I watched them walk forward in an organized fashion.  As the troops neared the end, I could see strings of darkness that followed behind them connecting them to Earth which we had to cut and clear.

Commander and Chief of Light

Following their moving into the light, the Commander and Chief of Light, wearing royal blue and silver, looking very regal, stood with his sword, with Archangel Michael to his right. He nodded acknowledging, “This day you have been set free from darkness.”

“I decree and declare this day Earth to be set free from the darkness that had set forth to destroy this planet and her people. And so it is.”

He bowed his head and stepped backward.

Michael came forward, “I thank you dear one – this day was momentous and long awaited. May you find peace in your heart and in your land and so it is.”

Then I saw thousands of angels of light surrounding all of us.

The way the day unfolded, it was obvious this was a divinely orchestrated event.

It may be purposeful to clarify the standing of others of darkness for those reading this type of notice for the first time. Lucifer had already returned to the light and is back in service to God. This happened over the course of time but culminated November 24, 2016.

At noon, August 10, 2013, was the scheduled last battle with Satan. Everyone who operates in the dark is allowed one of three choices. The first is to return to the light. The second to be extinguished. The third to be moved to a holding tank where they can decide which of the two they prefer. Satan chose to be extinguished, which means he returned to the light absorbed back into it without a personality. Lucifer on the other hand chose to go through reprocessing.

The Prince of Darkness was cleared and neutralized years ago as well.

I have always wondered who was above the Prince of Darkness, however, and it was finally revealed when the Commander and Chief of Darkness appeared to me on Monday following a particular clearing I did in one of my spiritual healing sessions that addressed darkness.

Archangel Michael came forth the morning after and clarified the following:

“We had some last minute clean up activities over yesterday’s work, but the work overall was exemplary.

Send out your announcement. People are eager for good news and grateful for any. They will have expectations for what is to come and it is still a process. The sabotage from outside will be greatly diminished. The challenge remains with people’s programming. The subconscious mind has held programming far too long. It sits in the background running programs that will continue to wreak havoc on their outcomes. Until that is cleared, they will continue to operate in the dark because their programming is clouded in darkness.”

The programming that lives within the hearts and minds of humanity is what we need address now. Those that are conditioned to have the limiting belief that violence is a solution will continue to operate from that concept. They will likely continue that belief until they are re-educated, re-conditioned and opened to solutions of the light or God rather than of the darkness they have possibly unwittingly been serving.

The more darkness that has been lifted from the planet, the more opportunity the light can positively influence what remains. If the threats, tactics and manipulation of darkness are removed or, at least, lessened, it opens the possibility to seeing and making other choices in the light. Releasing darkness from a causal level has been an ongoing project. Releasing the effects of darkness will continue but become easier as more light is brought in and more choose the light from both their conscious and subconscious minds.