Preventing the World from Imploding 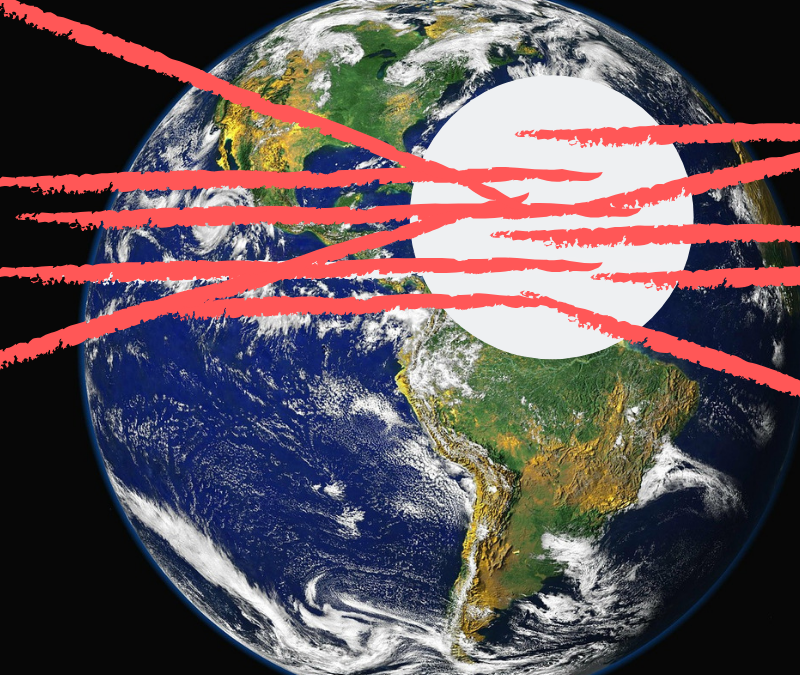 A few years ago I saw the instability of the planet and checked with God who responded that the dense energies in 3D (Third Dimension) could cause it to implode. Because 5D was still wobbly due to people not having enough faith in it yet, the Fifth Dimension was also unstable.

Ever since then, I’ve had this on the back of my mind to continue to help clear the dense energies to keep the Earth from imploding. Clearing darkness seemed endless at times. There is the darkness undermining. And, then there is also the programming in place as well as the overall cause and effect of these dynamics that needed addressing.

The Ascended Masters also had warned in February of last year that in November of 2017 we would have an uprising, which became a focus for the remaining months to help avoid it. I now see how significant it was to continue clearing to avoid one.

Before a meeting with a colleague a few weeks ago, I asked if there was anything specific He wanted us to clear. He said he had something for us to clear but didn’t elaborate on what it was. During our few hour session in addressing a variety of world issues, I saw a vision of the Earth and a large ball of energy within it. I tried creating this image to help demonstrate. My vision was from inner Earth seeing this dense cyst-like sphere of energy was like a ticking time bomb within the Earth. It seemed attached to the inner edges of the Earth rather than floating.

In addressing the dynamics, I saw negative energies feeding it. The planet had waves of those vibrations impacting it which seemed to accumulate creating this cyst-like sphere. Negative emotion causing negative actions and negative actions causing negative emotions create waves of dense energies that were impacting this ball. It was like a ticking time bomb and any additional accumulation of these negative dense energies could have caused it to burst and rupture the planet from inside out. It was frightening to see and think that this was building over time. And, who knew how long it had been building and would go before it could have exploded.

Following that clearing, and for the first time in a long time, I felt we turned a corner. I no longer felt the threat of potential implosion and finally felt I could relax for a change. I wanted confirmation though. Sanat Kumara, an ascended master having a major role supporting humanity and our planet, came through with this response:

The Earth is wobbly still but it is stable enough now for survival. Its survival had us all concerned there for a while. It’s stability now has a lot to do with your work and the love and light of others holding the energies higher than the denser energies which were its threats.

You have turned a corner. But, it is still not where it should be. People still need to lighten up. You may share this. It is important that people wake up to the realities of their thoughts and actions.

People often think it is the other guy who must change. It is not. It is you. Each and every one of you has the responsibility for the survival and thriving of the planet upon which you live.

Once people understand that, they will take better care of the place they reside.

The status of Earth and Earth changes are largely due to them, their thoughts and actions. The neglect of themselves and their own lack of self-love is reflected in the environment.

Earth disasters are more due to consciousness than people would imagine. Once people begin taking responsibility for their thoughts, they will see much change on the planet.

Much of the anger and rage you are witnessing is a reflection of unhealed memories now being reflected in the land and atmosphere. Until people completely heal and release that which is within, you will see an increase in natural disasters.

Sanat Kumara
PS Remember this: Every time someone points a finger at the other, the fault lies within to clean up, release and set free from all.

It occurred to me that the reason why the ancient prophecy was the end of the world through destruction. There was also a prophecy that it would be the end of the world of darkness and the beginning of the next golden age. I now see how both were possible and it really up to us how it turned out.

So, I believe we have turned a corner, but it is still very important for everyone to become mindful of their thinking. Their conscious and subconscious thoughts create the future. Your previous conscious, subconscious thoughts and actions are what is being demonstrated and experienced now. Everyone is part of the collective. There are no exceptions. Can we all assume that you don’t want the Earth to implode in the future? If you want a safe place, you need to establish love in your life.

Forgive all for whatever has happened so far. Begin anew. Wipe the slate clean now and you can have Heaven on Earth sooner than later. We are destined for peace on Earth but it is up to you how quickly that is accomplished.

This is the time for everyone to let go of their negative memories, emotions, karma, etc. and choose the light and loving thoughts and kindness to elevate the potential for all.

But, don’t worry about what the other guy chooses. Those of you who come from a place where you think your changing isn’t enough to impact the planet, know that you and your efforts matter more than you know. They matter not only to you but to the whole. But, even if you couldn’t impact the whole, the effort you make to choose light and love will actually improve your life.

You have the potential to step into and live from Heaven on Earth now even if no one else is able to get there. It is always about the individual’s consciousness. But, the more of you who elevate your consciousness, the more ascend to Heaven on Earth sooner than later. The higher everyone vibrates, the more the rest of humanity and the planet is buoyed up. Rather than worry about what the other guy is doing, why not focus on what you can do for yourself and your own family. Create Heaven on Earth now. The qualities of Heaven on Earth are rather appealing when you think it comes with peace, no fear, no lack, and is full of possibility, abundance, health, and wellbeing. Wouldn’t you like that for yourself and your family even if no one else can achieve it? But, once you do achieve it, you most certainly are in a better position to show someone else how you got there and help the next person attain it. That actually could make all the difference in the world.

Would it be better knowing you are letting go to elevate and are choosing to create from an empowered position to make a difference in the planet rather than live by default hanging onto old hatreds, hurts, and disappointments? Love feels so much better than fear, hate, and anger.

If you struggle with letting go, I am happy to share my gifts of helping you clear the past to change your future. We have a monthly group healing call that assists everyone in a comprehensive manner and private work is still available.

We have all been part of the problem and

now it is time for us all to become part of the solution.

We get to choose how we want the world to end or end up.

How empowering is that?